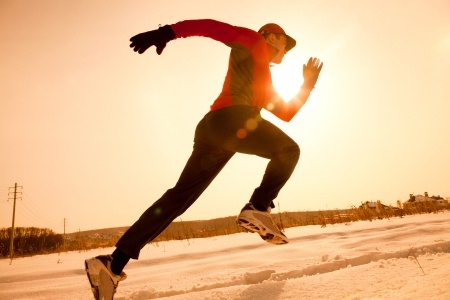 Like most people, you probably have some areas of your life that are abundant, and some that aren’t.

You probably also have a story about why you’re not abundant in those particular areas.

If you’ve been following this series, you know that story is very likely a lie. It’s an excuse that is preventing you from having what you want.

Because, as I told you last time, whatever you’re experiencing or not experiencing in your life is just an effect.

It’s the direct result of something you’re doing or not doing.

It follows, then, that every result that you want to have in your life would have a direct cause as well.

Identifying that cause was the work of Step 3.

For Step 4, I want you to outline the path that Step 3 uncovered, and then take bold action toward your dream.

How to Make It Bold
I say “bold,” because it’s an engine; it’s a force that strongly pushes forward what you want.

That makes sense, doesn’t it?

If you take lackluster actions, you’re going to get lackluster results.

But if you take bold actions, you’re going to get bold results.

So what do bold actions entail?

They usually put you on the line in some way. You might be exposing yourself, risking disapproval or rejection, or upsetting someone’s idea of who you should be.

A Bold Example
For example, let’s say that, as a youth, you were teased or bullied. As an adult it’s difficult for you to trust, and you’re carrying around an “I can’t have friends” story in your head.

Now, tired of being isolated and lonely, you’ve decided to change that old story, so that you can have healthy, supportive, fun, and intimate friendships.

When you applied Step 3, you realized that the cause of rich friendships was to look at yourself and consider how you can take steps to BE a better friend yourself.

Applying Step 4, you now make a list of bold friendship actions and start doing those actions on a daily basis.

Those bold friendship actions include:

* call one acquaintance every day, just to say hello and ask how they're doing.

* send one thank you card every other day to someone who made a difference in your life.

* take responsibility for a past misunderstanding or argument, and make a weekly phone call to make amends.

* allow yourself to be vulnerable and trust, and open up about something that matters to you to someone you want to be closer to.

How Bold Changes Your Life
By putting yourself on the line and risking rejection on a daily basis, you are giving yourself a new experience that runs counter to your old story, and that your subconscious has to accept.

This creates a new belief, an “I can have friends” story that allows those friendships to manifest in your life, while also building your self-confidence.

Before long, you’re brimming with healthy friendships and confidence, and your life will never be the same.

When it comes to success in business, it’s essen