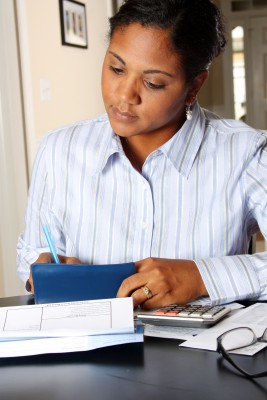 If you want to bring in a lot more money, and you’re not doing it, you’re most certainly fighting a belief system you may not even realize you have.

You may intellectually understand what I said last time ~ if you desire the money, the opportunity to bring in that money is around you ~ but you don’t actually believe it.

Beliefs are reflected in and generate your results. In order to change your results, you have to change your beliefs. The best way to do that is to give yourself a new experience. When you give yourself a new experience, your subconscious has to accept it. When it does that, a new belief is born. That new belief then creates a new reality. It’s a beautiful upward spiral.

To activate that upward spiral in your life, start bringing in your need consistently every month.

Your need is what you require to the penny to pay your bills, and, if you’re not already doing so, bringing it in consistently is the surest and quickest way to get what you want.

The Power of Bringing in Your Need

However, if your goal is $7,026.35 ~ which is a grounded figure that’s close to where you are ~ and you start bringing it in consistently, you’ve created a new belief that you can take care of your needs. You also feel flush with pride and confidence, saying, Wow, I doubled my income, look at that!

From that place of greater faith in yourself and the universe, it can be a rapid ascent to the $25,000 you want.

Another reason to aim for your need first is so that you clean up your belief system and stop creating your wants from fear.

For example, people will say that they want to make a large sum like $1 million or $10 million.

When asked why they want that sum, it’s often because they want to avoid pain and stress. They’ve struggled for so long around money, they wish they could just win the damn lottery and not have to deal with it anymore.

That want originates from an energetic place of lack. And because we get what we’re energetically equal to, instead of bringing in an opportunity to earn $1million, they will actually create situations that take away what they have.

If, instead, you focus first on what you need, and you change your belief system, building faith in abundance, your wants will originate from there.

They will be an expression of your highest self. And as you fufill them, you’ll experience a life of prosperity, purpose and joy.