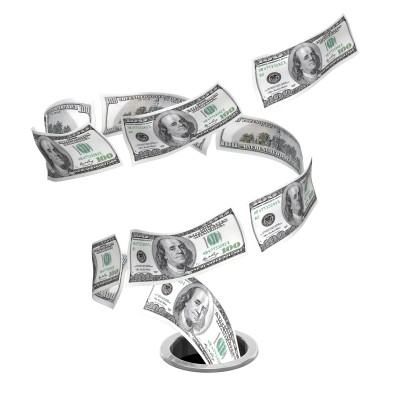 If you had the choice between a deposit of $5 million into your bank account or a change in your belief system to include the knowing that you can have whatever amount of money you want, which would you choose?

Most people would choose the $5 million, but you would be wise to pick the latter because, if that money were put into your account and you didn’t change your underlying beliefs, you’d be back to where you are today pretty quickly.

In fact, the majority of lottery winners end up broke several years later.

That’s because the subconscious mind, which includes the belief system, works like a thermostat.

Where Is Your Thermostat Set?

Similarly, if you were programmed to struggle financially, like many of us were, and you’re thrust into sudden wealth, your subconscious mind will kick up a fuss in order to bring you back to where you’re “supposed” to be.

We see this all of the time in our culture. People increase their income and, all of a sudden, their life goes to hell in a handbasket. If they don’t understand what’s happening, most will conclude that success is “too hard” or it’s not the “right time,” and they’ll revert to where they were.

Because most of your beliefs were programmed before age seven and you may not even be aware of what they are, changing your set point around money requires diligence. You have to reject any ideas that reinforce lack and nurture faith in abundance.

Two simple ways to do that is to stop using coupons and waiting for sales. If you want something now, and you have the money for it, buy it. Say to yourself, “I deserve to be paid full price for what I do, so I’m going to pay somebody else full price as well.”

Also, reject any notion that money is bad.

Many of us were taught that money is suspect, yet hard work is good. So we’re working hard for something bad. That actually puts us in a conflicted place, as though we have one foot on the gas pedal and the other on the brake.

Is it any wonder that people find financial success difficult ~ and exhausting?

The truth is, as I’ve said, that money was an expansive idea that was given to us by the Universe to help us evolve as a species. We couldn’t have accomplished all that we have without it.

If you can really absorb that idea and change how you think about and deal with money everyday, your beliefs will shift.

You will push up the set point on your money thermostat.

You can create that $5 million and keep it, because you will know it’s yours.

Before starting a new program or business idea, yo

Happy Thanksgiving to all of our clients, partners

When it comes to taking advice, not all counsel is

On a day-to-day basis, we regularly have to make d