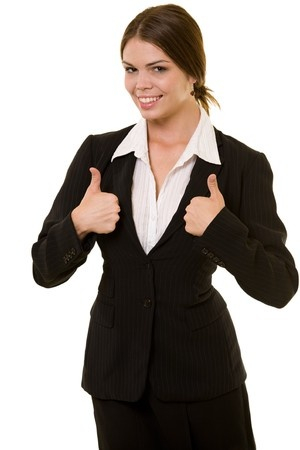 Let’s say that you just got a speaking gig in a wonderful venue, but then the host tells you that you absolutely can’t sell anything from the stage.

What?! What are you going to do now? You definitely don’t want to cancel the gig, because you can still turn that event into a very profitable situation. How? By collecting as many leads as you can and selling to them later. In fact, in some venues, selling to the attendees later on could be even more profitable than your on-site, back-of-the-room sales would have been. So lead collection is not something to dismiss. You just have to do it in a way that’s acceptable to your promoter, and do it well.

Give Something of Value Away

Don’t ask for business cards. Don’t do the fishbowl thing. Don’t do a raffle. Those are tired techniques, and they don’t work anymore. Instead, give away a CD or an ebook or something else that your audience would appreciate. That’s much more effective than the old techniques, because everyone can get something, not just one winner. Plus, people will appreciate the gift, and likely not resist when you follow up later.

I was once told that I could sell as much as I wanted, but I couldn’t do a hard close from the stage in the 800-person room. So I had a bunch of purple bracelets made up that read “Just Believe,” and I invited the audience to visit our product table, where we would give them a bracelet and collect their contact details in order to send them some free information. At the table we added hundreds of people to our database, sold 92 copies of our Just Believe program and did about $300,000 in coaching — all without a hard close.

Walk Them Through, Show Them the Steps

A client of mine, who wasn’t even allowed to have a table in the back of the room, handed out a card for attendees to fill out in order to get a bonus. While it was a lot of work following up, he generated a lot of leads — and a lot of business from those leads.

This might feel awkward, but if you’re going to hand out a card, walk them through filling it out. While you’re on stage, pull out a pen, and write your name and contact information on the card, while asking them to do the same.

What you’re doing is creating a mild, uncomfortable situation. People pretty much do what they’re told to do, so they’re not going to just sit there like a schmuck. They’re going to fill out the card too. Then what are they going to do with the card? They’re going to give it to you. This kind of stuff really works. You just have to be calm and confident when you do it. If you have that confidence in yourself, you can walk in to any situation and turn a profit. So even if they say you can’t sell, just smile, because you’ve got the know-how to make a mint.

David Neagle, The Million Dollar Income Acceleration Mentor and author of The Millions Within, teaches entrepreneurs and commission-based sales professionals how to quantum leap their current incomes past the 7-figure income level, often in less than 12 months. As a world-class speaker, sales trainer, and success-mindset mentor to some of the globe’s top CEOs, David also privately mentors big decision-makers in their pursuit of quantum success and peace of mind.
4 comments