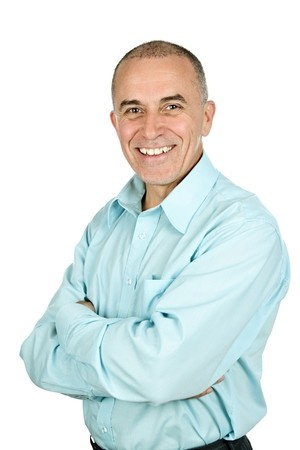 When you have the desire to do or have something, but your personal or financial situation indicates to you that you can’t, you’re in prison.

You want something. You can’t have it. You’re stuck.

As your ideal prospects contemplate buying your service or product, many of them are in a prison of their situation too. They want or need what you’re got, but they think that they don’t have the money or their spouse won’t let them do it or the funds are earmarked for something else.

Whatever their prison is, they believe it. Those bars are very real for them.

If you haven’t integrated the Five Pillars of Influence, their prison may be real for you too. In fact, you’re probably in there with them, agreeing with their assessment or trying to convince them that they’re wrong. Either way, you’re losing the sale while they miss out on the solution that would change their life.

Become Your Own Power of Influence

As I said last time, you need to bring them to clarity to bridge the gap between their prison and your solution, so that they naturally influence themselves. They buy from you and they feel really good about it.

The first step to doing that is Pillar 1: Become Your Own Power of Influence. That means, you learn how to influence yourself.

Think about it, how can you coax someone out of their prison, unless you have coaxed yourself out of yours?

You can’t. To help them, you must first help yourself.

How I Became My Own Power of Influence

I literally started off making cold calls, and, because I was completely broke, I needed to make sales right out of the gate.

The other thing you have to understand is that I was not a born salesperson. I had dabbled in sales, and I was okay at it, but I hated it with a passion. That’s right. I could not stand sales.

Then one day, early in our work together, my mentor asked me why I didn’t like to sell. I told him that I had no idea. “I just don’t like to do it,” I said.

In that moment the dots connected for me and my thinking shifted so dramatically that it allowed me to come at sales from a completely different perspective.

I finally understood what had been holding me back. As long as I felt that I was doing something to prospects, sales felt bad. It felt bad to sell to somebody.

But once I realized that I was offering my ideal prospects a solution that they actually need and want ~ I was offering them a way out of their own prisons ~ I came not only to love sales, but became very good at it, and my income skyrocketed.

I didn’t know it at the time, but I had also just taken the first step toward becoming my own power of influence. I’ll show you how you can start doing that for yourself next time.

When it comes to success in business, it’s essen